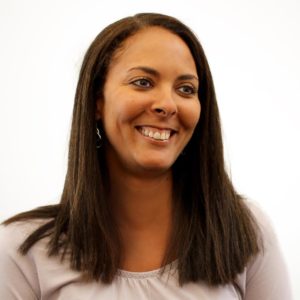 We all have an inherent bias against venturing into unknown territory. But in today’s world where innovation rules the day, we need to overcome biases that hinder new ideas and stifle creative solutions. This week on Critical Mass Radio Show, Beth Storz, co­-author of Outsmart Your Instincts, joined us to share how the book can be used to enlighten product development teams on biases that impede innovation. Here are three takeaways from our time with Beth Storz on Critical Mass Radio Show:

1. Negativity bias is the primary killer of innovation. Essentially, negativity bias is the notion that we believe bad is stronger than good, and put more weight on what can go wrong than what can go right. With that, we also have a tendency to fear loss more than we appreciate gain. Negativity bias is innate, as we are descendants of our risk­-averse ancestors, who had to be hyper-­aware of their surroundings for their safety. In the present day, negativity bias presents itself as a tendency to find what is wrong with an idea, and why it won’t work before considering the idea’s potential, which shuts the idea down and impedes creative solutions. It is easy to find a reason why an idea won’t work, but it is important to realize that while moving forward with an idea could be a loss… so could NOT moving forward with it. Just because you can’t see the opportunity lost doesn’t mean it wasn’t lost. If you present an idea and are met with naysayers (“yes, but…”), guide the conversation into a more forward-­moving dialogue by asking them what they do like, or what they wish for. Confirmation bias, or agreeing with ideas that agree with previously held beliefs, also plays into negativity bias. However, confirmation bias can be combatted by opening the dialogue up to people with several different perspectives.

2. Focus on for­-ness thinking. When introducing a new idea or concept, first identify what is good with the idea and what works… don’t shoot it down right away, as doing so comes from a place of judgement and does not provide the opportunity to first look at the idea’s potential. After looking at the idea’s strengths, then identify any concerns surrounding the concept. Even when talking about what doesn’t work, use positive language, such as “I wish” or “how might we” to encourage problem­-solving and brainstorming. Playfulness is also a great tool in the idea generation phase, as the freedom that playfulness allows for can result in a greater diversity of ideas in opportunity areas.

3. Have a non-­expert read your material. When you are highly skilled and knowledgeable in a particular subject area, you may not be explaining your material on a level that a non­-expert can understand. This is why, in writing a book, it can helpful to have someone who isn’t immersed in the subject matter to read your writing to ensure that you are fully explaining what you are trying to say, and that it will resonates and “click” with the audience you are reaching.

Listen to our full interview with Beth Storz on Critical Mass Radio Show below:

Please enter your information below to have access to our whitepapers. Once the page reloads scroll down to find the whitepapers. You will also be included in our weekly radio show newsletter allowing you to be informed our guest interviews.